How You Can Use Short.io to Manage Different Teams

In several cases, advertising campaigns may very well be the reason for a company’s success. They give your business an advantage when it comes to marketing. They can also help identify the strong and weak parts of a business.

Today, you’d be hard-pressed to find a flourishing company without an advertising campaign. Having a whole team dedicated to achieving specific goals for a company has been proven to give excellent results. However, ad campaigns—particularly the large ones—can get a little complex without a proper team structure.

Here’s our solution to this dilemma: Short.io’s short link’s teams feature from Short.io.

What Is the Teams Feature?

The Teams portion in Short.io is a feature that allows for proper role segregation in an advertising campaign. This feature allows a campaign manager to assign specific roles to assigned team members. Every role has different functions.

There are four roles: the Owner, the Admin, the User, and the Read-only. Each role has different purposes and rights. Except for the Owner role, there can be an unlimited number of people playing the assigned roles. For example, there can be over a hundred people in the Read-only role, dozens of Users, and a handful of Admins.

The primary role is the Owner: this is the team’s creator, and they’re also the only ones who can delete it. They basically have access and control to all functions and settings of the team. They are the first member and the first to assign the roles to other members.

The next role is the Admin. Unlike the Owner, there can be several Admins per team. Admins can assign other members to all roles (even the role of Admin) except Owner. They can manage domains and members. They also have full access to operations and link reviewing. The Admin may also add members to the group.

After Admin, there’s the User. The User has far fewer privileges than the Owner and the Admin—they can create, share, or edit links. They are also permitted to view the statistics of the domain.

And finally, there’s the Read-only. This role has the least amount of rights. They may only look through the statistics and share links.

Why Is This Feature Important?

Order is vital to any team. But when there is an abundance of information and many tasks to accomplish, the order may not take priority. One person may delete, edit, or create a link that their superior does not approve of. Another may add unnecessary changes to domain settings.

This is why having assigned roles is essential. For example, if you placed a heap of random, disorganized files in the middle of the room surrounded by people and asked them to accomplish one goal, there’d be chaos soon.

Employing the Teams feature is like handing every person a specific stack of files to do their job. There’d be no need for unnecessary information load. Everyone gets what they need to accomplish the tasks they need to do.

Most team sports have roles assigned to every individual. In volleyball, there are generally four roles. The most general terms are attackers, blockers, setters, and defenders. Each role is important, and each has its responsibilities.

The attackers are responsible for making sure a powerful ball touches the other side’s floor. The setters set up the ball so that the attackers can do their jobs. The blockers either diffuse the power of the opponent’s ball or block them altogether. The defenders make sure the ball doesn’t touch the floor on their side of the court.

All player have their assigned roles. And when they’ve mastered each of their assignments, the chances of a team victory dramatically increase. The same is true for any team. One person assigned to a role they are most fit in will flourish for the team.

So when you assign roles to individuals, they are more likely to concentrate on the role given to them. Their goals and tasks become more specific while contributing to the team’s effectiveness.

How to Use the Teams Feature

If you’re interested in utilizing Short.io’s Teams feature but are deterred by the idea of a complex process needed, then have no fear. Creating a team that can manage a domain is easier than it seems, especially with Short.io.

Here are the steps you will need to follow to create a team.

Although it is ten steps, every step is simple and easy to understand. You will have an entire team dedicated to accomplishing the tasks every brand needs to have a successful marketing plan in no time. Create a team today and watch your campaign run smoother and produce better results!

Short.io Can Do More for Your Campaign

There’s no point in denying it: Teams is an impressive feature. However, it is just one of many. When you subscribe to a Short.io account, you get way more than a Teams feature.

Short.io has several features that may all be useful to your ad campaign. Extract information, persistently present your ads to interested consumers, study available statistics, target areas for ad exposure, and so much more with Short.io. 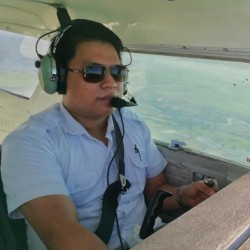